1992 Father Cribben appointed to the Arch Diocesan office of Education.

1994 Fortieth anniversary of the parish. We adopted a sister parish in the Philadelphia Logan section with a monthly food drive. Their Gospel Choir came and sang at the 5 o’clock Mass followed by a reception.

1995 Long time crossing guard Theresa Connaghan retires. She had endeared herself to the children and their parents.

1996 Miss Annie Campbell peacefully dies sitting by the window at the Manor. She had arranged her own funeral and her favorite hymns.

1996 On September 8, the area was hit with a tremendous thunder and rain storm, causing Sandy Run Creek to overflow rapidly Two parishioners Frank and Marie Deal lost their lives.

1997 Two teachers at Q. of P. school, Grace Bastian and Paula Murphy celebrate 25 years of service. Sister Nancy Kravel becomes new principal of our school. 1998 Msgr. Hilferty announces his retirement as pastor and moves on to be senior priest at St. Agnes in West Chester. Fr. Matteo returns and is appointed as our pastor. Newly ordained Rev. Michael Spitzer becomes our associate pastor.

1998 The sisters of the Holy Family of Nazareth announce a merger of their Order with St. Mary’s Villa in Ambler and take up residence there. The sisters still active at Q. of Peace school will stay active in that capacity for the time being.

1999 Several sisters of the Immaculate Heart of Mary take up residence in our empty convent and help principal Nancy Kravel at the school, CCD Program and visit the sick and shut-ins.

2000 Jubilee Year ushered in at the Cathedral of St. Peter and Paul, celebrating 2000 years of the Faith.

2000 The Queen of Peace Home & School Association replaces the Mothers Club. A Mass was celebrated and a reception held honoring all the past presidents of the club.

2000 Deacon Pat Walsh ordained a priest. Msgr. Lynaugh celebrates his 90th.birthday at the Villa, still saying Mass and enjoying his pipe. The church interior gets a new coat of paint, the tabernacle and gold trim of the altar a new finish with funds donated in the name of the late Annie Campbell.

2002 The sisters of the Holy Family with the pricipal Nancy Kravel leave the parish after forty seven years of service. A farewell Mass and reception bring back many sisters, who served through the years, for the ceremony. In June Msgr. Hilferty celebrates his golden anniversary as priest.

2002 The school year opens with the first lay principal, Mrs Joanne Selmer as a new librarian Beth Chilman takes up her position. Meanwhile the Immaculate Heart sisters are also still with us and very active in the school and parish.

2002 The world observes the first anniversary of the World Trade Center attack. Our parish holds a memorial service for the victims and their families, especially parishioner Bob McIlvaine who was killed in the attack.

2002 An a donation, given in the name of the late Annie Campbell, provides the funds for new church bells, silent for a few years, announcing once again our presence in the community.

2003 Our pastor Father Matteo is elevated to Monsignor by Pope Paul II and installed by Cardinal Anthony Bevilaqua in the Cathedral.

2004 Our golden anniversary year. Mass of thanksgiving on actual founding date January 4, 1954. Msgr. Cribben in his homily refers to the founder Joseph M. Lynaugh and calls our church “the house that Joe built.” A dinner dance at Williamson’s banquet hall, enjoyed by many parishioners and guests in our usual festive style.

2004 The parish looks back with pride on the past and forward with hope and confidence to the future for the church that grew out of a yellow cornfield. 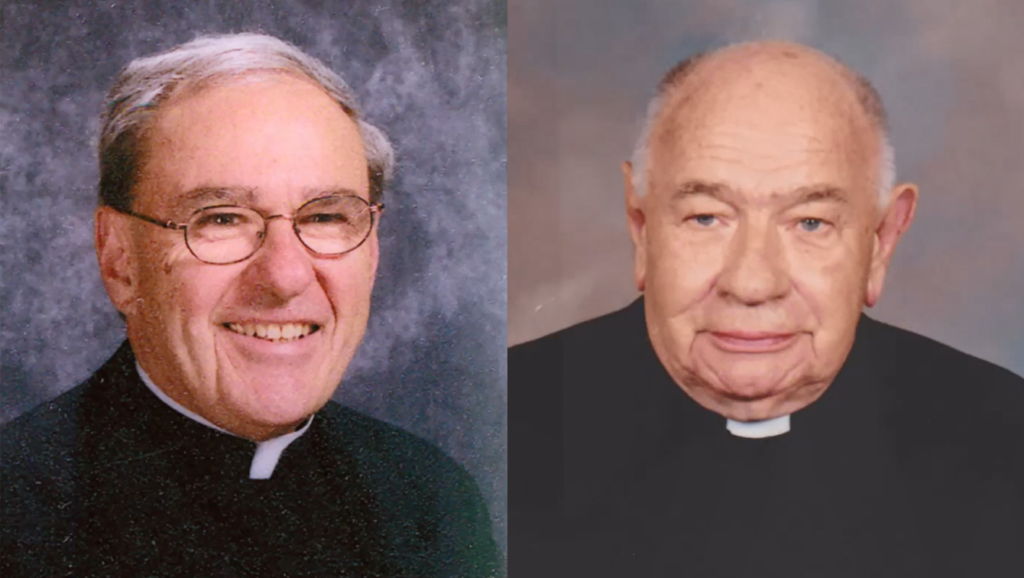 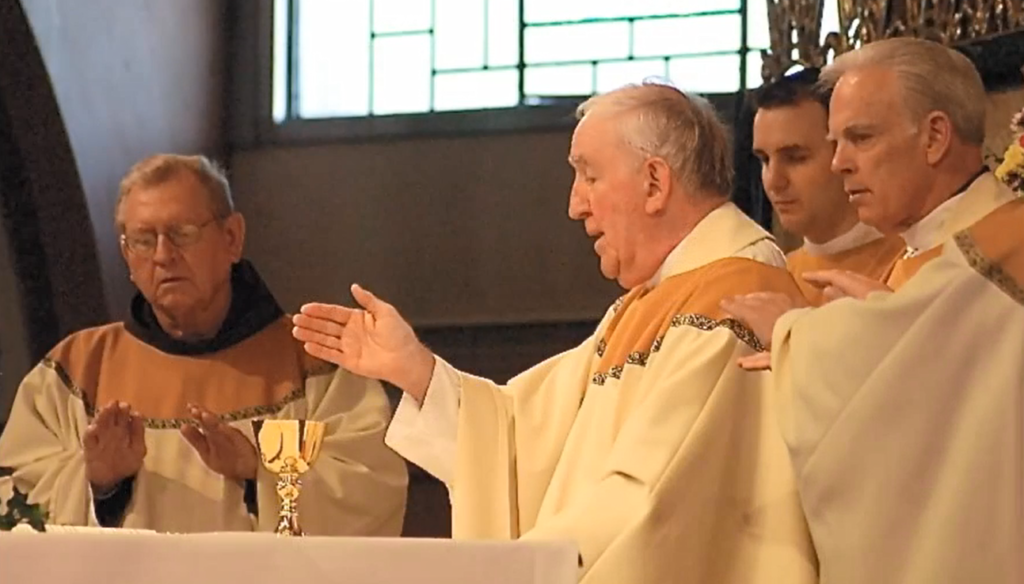 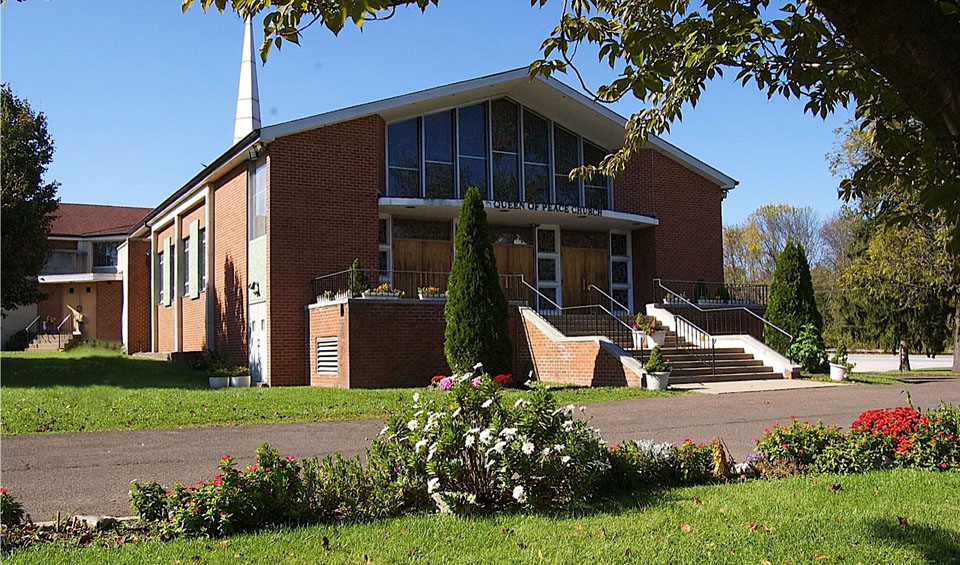 Exposition of the Blessed Sacrament

Every Tuesday from 8:30 a.m. – 5:00 p.m.
Adoration Prayer
I’m here for you,
Come be with Me.
Stop in and keep Me company,
maybe say a prayer or two.
Tell Me what is troubling you,
For there is nothing I can’t do,
And no one can love you like Me.

Each week The Parish Bulletin is posted online for your convenience. Don’t forget to thank our advertisers by patronizing them when you are in need of services and products.

Catholic families who are living within the boundaries of Queen of Peace Parish are encouraged to register at the rectory.

Second and fourth Sunday of each month at 12:00 PM. First time parents must attend Pre-Jordan Classes (Baptismal Instruction). Parents should contact the rectory to register for Baptism and classes.

Couples planning to marry should contact the Pastor at least six months to one year prior to the wedding date so that adequate preparations for the marriage can be made.

Care of the Sick

Each week the Holy Eucharist is brought by an Extraordinary Minister to parishioners unable to leave their homes because of sickness or infirmity. The Anointing of the Sick will be administered upon request by the priest.

Our Sanctuary Candle burns 24 hours a day as long as the Eucharist is in the Tabernacle. You can dedicate this Sanctuary Light in memory of a loved one or for a special intention for one week; the names will be published in the bulletin so that your intention can be prayed for by everyone during that time. The donation is $25. Contact the parish office to reserve your date.